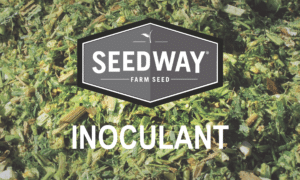 Most farmers experience heating of silage largely due to growth of yeast and mold. Good management, including proper compaction, reduces the heat. However, some crops, such as corn, heat more often than other crops.Yeasts & molds are fungi that grow well in the presence of oxygen. Yeasts initiate the heating of silage and molds usually follow. Certain molds produce harmful mycotoxins. Mycotoxins may compromise production and health of animals.

Heating of silage largely due to the growth of yeast and mold is problematic for feed out. Certain molds
produce harmful mycotoxins which may compromise production & health of animals. Another challenge could
be feed shortage, forcing farmers to initiate feed out well in advance of the optimum 90 days of fermentation. This is problematic as it will not allow the silage to reach a stable stage. The risk of heating & loss of valuable nutrients may jeopardize milk production & could lead to a severe economic impact.

Clostridia grow in wet silage when there is a lack of oxygen. Growth of clostridia leads to breakdown of protein and butyric-acid production. Silage with clostridia has a strong butyric-acid smell and elevated pH, which can reduce palatability. SILOSOLVE® MC contains three strains of lactic-acid bacteria. One patented strain reduces undesirable micro-organisms such as clostridia. The others improve overall fermentation.