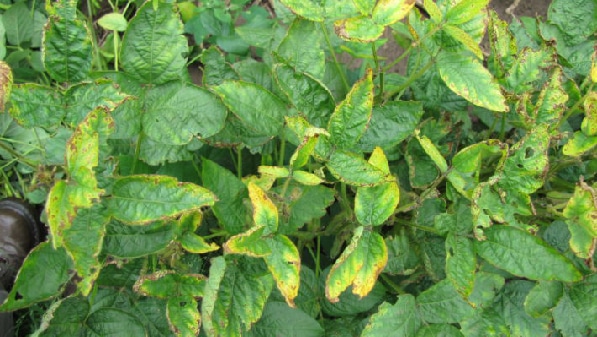 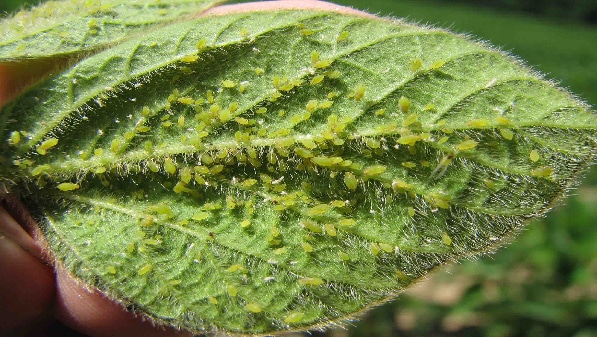 • Effects: Feeds on the plant juices and cause moisture and nutrients to be removed, causing the leaves to appear yellow/whitish in color on the top side, large populations and heavy infestation may cause stippling of leaves.

• ID: Extremely small ranging from 1/60-1/80 of an inch (about the size of a grain of salt), greenish/yellow and will have 6 or 8 legs, found on the underside of the leaves in the upper canopy, have a piercing/sucking mouth that feeds on plant juices, more prevalent in droughty or drought prone areas, start at the field edge in a half circle pattern and begin to spread out- creating a larger and larger half circle if left unchecked. 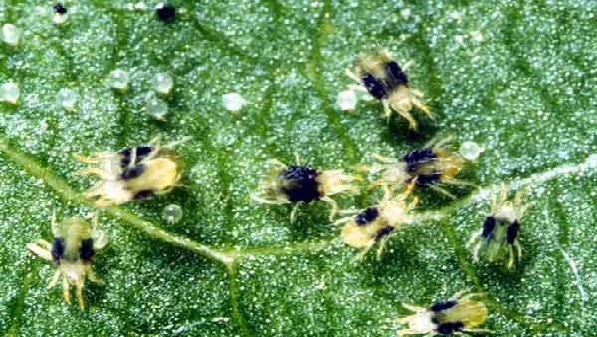 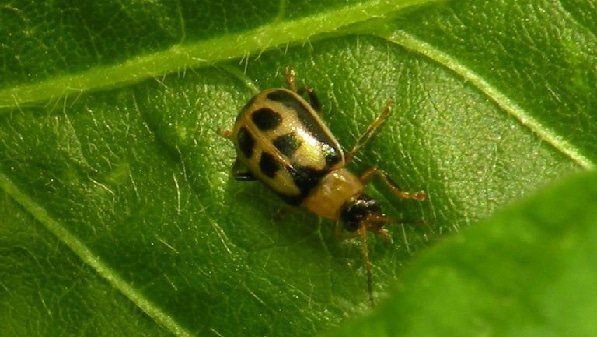 • Effects: Defoliates the crop, leaving a lattice appearance on the leaves, usually heaviest impact is seen on the uppermost leaves, severely injured crops will turn brown and drop their leaves, the larvae will feed on the root hairs causing injury to the roots and a decrease uptake in nutrients.

• ID: About ½ inch long, metallic green with a bronze color for the wings. Eggs are a translucent to creamy white and as they mature begin to turn cylindrical. The larvae (also known as grubs) are about 1 inch long and are creamy white with a brown head; commonly confused with white grubs at the larval stage but can be identified by the V shaped pattern if the bristles on the raster.

• Control: Very challenging to manage this pest as they are difficult to predict where they will be. A large presence of larvae does not mean that high feeding will occur. For the adults scouting should be a priority as there are economic thresholds—40-50% defoliation up to V7 stage, 15-20% defoliation during pod development and fill, >25% from pod fill to harvest. There are several labeled insecticides for controlling Japanese beetle in soybeans, be sure to weigh the economics of it as they usually don’t cause a lot of economic loss, but it will control the white grub population the following year (if corn is in rotation). 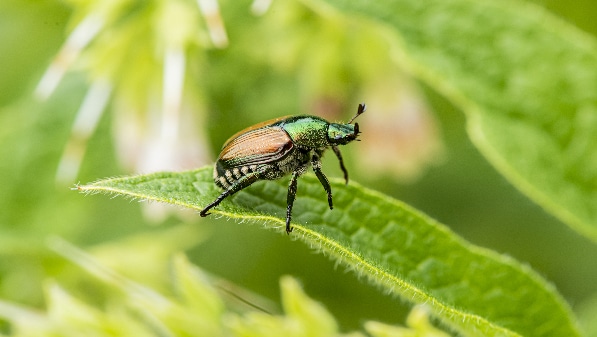 ← Back to Soybean Main